The Journey Includes It All…

I wasn’t sure if I was going to post this…  It’s not fitness or food related, but it is definitely a part of my journey…  I won’t generally make posts regarding politics on here, but this is important to me…

This letter was written and sent out to the following in response to their public statements made during this election cycle:

I am writing because you have recently made a statement regarding the options available to women after sexual assault.  Perhaps you don’t realize that your comments reach much further than the Roe v. Wade debate.  When you construct categories, labels or levels of rape, you lend credibility to perpetrators and you trivialize victims.

Rape is a violent crime.  It is defined by the U.S. Department of Justice as: “penetration, no matter how slight, of the vagina or anus with any body part or object, or oral penetration by a sex organ of another person, without the consent of the victim.”

Every two minutes someone in the United States is sexually assaulted; an average of 207,754 rapes per year.  The Justice Department estimates that 54% of the rapes committed in the last 5 years were not reported.  Only 12% of all rapes lead to arrest, 9% are prosecuted, 5% are convicted and 3% ever lead to incarceration.

How can you, our elected leaders, make statements that contribute to a culture that allows for this reality?

Maybe you see so many figures and statistics during the day that these numbers don’t jump out at you.  Let me explain why I decided to write this letter to you.  Two years ago today, I was sexually assaulted by someone I was dating.  I am one of the 54% who was too ashamed to call the police.  Just as your viewpoint shames and belittles the victims of rape, I blamed myself for what happened.

When you speak publicly about rape with qualifiers like legitimate, honest, inevitable, easy, forcible/non-forcible, or ordained I am assuming that you have never spoken to someone who has been sexually assaulted.  These are the words I use to describe rape:  dirty, ugly, terrifying, shameful, agonizing, illegal, gritty, raw, broken, cold, hollow, angry, empty, numb…

In May of this year, I decided to take back my power and let go of my guilt.  I spoke at a Take Back the Night rally, along with scores of other survivors at events around the country.  And now, I am speaking out to you today.

Maybe if more of us speak out, then less of us will feel the need to remain silent.

Maybe if more of us speak out, then more of you will feel the need to remain silent.

We are survivors and our days being marginalized are over.

If you’re like me, until yesterday, and you haven’t heard of the Fresh 20, then you are missing out.

END_OF_DOCUMENT_TOKEN_TO_BE_REPLACED

I marinated and grilled some boneless, skinless chicken breasts over the weekend and I was playing with ideas for what to do with the leftovers.  This turned out fantastically and I thought I should share.  I think it could easily be converted to vegetarian by using vegetable broth and swapping the chicken for tofu or avocado.  I don’t think this would result in much of a change for points.  Enjoy!!!

END_OF_DOCUMENT_TOKEN_TO_BE_REPLACED

I have always loved tea…  Coffee is more of a new habit for me…  Regardless of which you prefer, take a look at the benefits:

END_OF_DOCUMENT_TOKEN_TO_BE_REPLACED 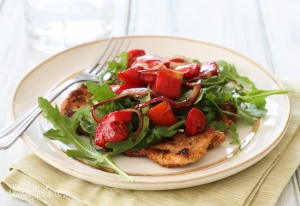 Found this on skinnytaste.com and I’m definitely trying it…  Looks like a great way to use the fresh veggies from your garden, you could definitely add bell peppers to the salad…  Enjoy 🙂

END_OF_DOCUMENT_TOKEN_TO_BE_REPLACED

I bought several sizes of cork board and dry-erase board; found pictures and quotes that I am inspired by; and finally put up my race bibs and medals.  This is the new view from my elliptical and treadmill…  YAY!  I think it turned out great…

No…  I am not going to a Chicago concert this weekend…

However, I am:  purchasing some cork boards and a dry erase board; printing some photos and quotes; and putting up my race bibs and medals…  I am creating an “inspiration” wall in my workout room…  I am using the wall directly in front of my elliptical and treadmill…  It currently has nothing on it and when I was staring off into space this morning from the treadmill, I thought:  This wall should NOT be bare…

I saw this on skinnytaste.com and it looks like a GREAT way to use your fresh garden veggies…  I think you could easily add tomatoes or any of your other favorites…  Enjoy!!!

Summer Vegetables with Sausage and Potatoes

END_OF_DOCUMENT_TOKEN_TO_BE_REPLACED

As I’m working to get more organized and back on track, I’m realizing that you can’t focus on just one ball or you’ll never get them all in the air…  So here I am, throwing them all in the air and hoping to keep them off the ground…

What a fantastic idea.

Tip yourself a dollar (maybe more or less depending on what you can afford and how vigorous your workout was) and use that money to reward yourself as you reach your goals.

New gym shoes, a dress in the next size lower, a massage, etc…